In riYoga, we will learn how to loosen our body and feel refreshed through breathing with human biorhythms of the body, the movement of the moon, aroma, Flower Essences. It leads us a balance of mind, body, and soul. That is detox ~ meditation ~ Yoga Therapy

We provide classes in and out of country. For more information, please contact us.

Riyo Ogawa was born in 1974 at a Zen temple in Yame, Fukuoka. Since her childhood, she has received many different kinds of treatments because of her sickness. This experience led her to have questions about Western medicine or symptomatic treatments. At the age of 23, she was introduced to medical aromatherapy thorough her encounters with various practitioners. In pursuit of a natural cure, she established the Rion Natural Therapy Company when she was 28. Being enlightened by therapeutic practices that did not exist in Japan, she began to hold original lectures and sessions focusing on the present holistic treatment and medical aromatherapy in and outside of the country. 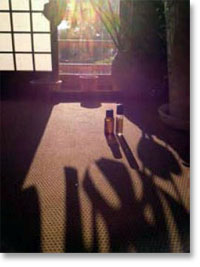 She was blessed to learn from Dr. Barnao of the Living Flower Essence Academy of Western Australia concerning flower essence treatment using a wave motion. While there she also learned about archetypal psychology, a treatment using the sixth sense, and the philosophy of yoga as contained in the Aborigine’s traditional treatment. She travels all over Japan and abroad to lead people to true healing and happiness by providing workshops and lectures on sickness prevention at home, especially targeted to women. She provides workshops about breathing methods with aromatherapy, meditation & image therapy, maternity aromatherapy, and baby massage to individuals and organizations such as hospitals, companies, and communities. She hopes that even one person may find true healing and happiness as well as hope through these workshops and lectures.

In a cancer nursing specialist training course at Kurume University’s School of Medicine, she teaches about care that “reaches the patient's heart" and helps them to understand that both the care givers and the patients can be healed at the same time. One person being cured and maintaining a balanced life makes the whole earth and universe balanced. Let's begin to accept the way we are and heal ourselves first to be happy. 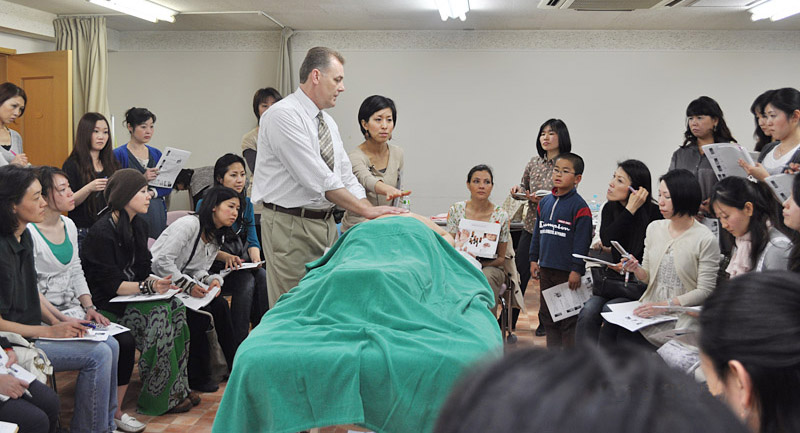 Being inspired by medical aromatherapy and holistic medicine in 1997, Riyo is still diligently learning. In 2002, she met David Sterling and Dr. David Hill in the U.S., and began to learn about medical aromatherapy before starting to work in that field in Japan. In October of 2008, while she was studying in the U.S, she met with them again. There she was impressed by the mission of doTERRA, restarted learning, and began to share its message internationally. She affirms, "doTERRA has an ideal, integrated approach to healing and medicine which I have been searching for." She has incorporated doTERRA into body massages, yoga, energy medicine, raw food and medical areas, as well as sharing it with a magazine and international acquaintances. 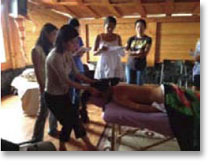 What President David Sterling told her in December 2008 made it possible to start introducing doTERRA in Japan. In May of 2009, with doTERRA executives and a friend, she held the first doTERRA seminar tour in Japan at 16 places across the country. In the spring of 2010, the second aroma touch technique training was held, and she participated as a translator for Dr. Hill. Since then, she has been successful in introducing the original intention of Dr. Hill regarding the aroma touch technique and the warm culture of doTERRA. She is very proud of the mission of doTERRA, which is to lead people to healthy and wealthy lives. This keeps her work concentrated in Japan, the U.S., Hawaii, and Asia. She is an experienced and charismatic leader. Her international and open-minded personal character connects people with doTERRA which helps lead to global healing.

People whom she respects: Parents, Gandhi, Mother Teresa, and people who works hard at their living Hobby: visiting a hot spring, photography, reading, a stand-up paddle, hearing the lives of others’ story.

Favorite quote
“I have a dream today.”Martin Luther King
"First establish one’s self and then help others. First lighten up the inner light brightly, then help others to shine."